Ethereum has successfully merged its mainnet with the proof of stake beacon chain and phased out proof of work mining with the difficulty bomb, but what does this actually mean for users?

What is Ethereum’s Merge?

The Ethereum Merge was a significant first and a crowning achievement for Ethereum developers, as no other currently operational public blockchain has changed its consensus mechanism before. It’s safe to say that a milestone has been reached.

There was a lot of speculation on whether they could even pull it off, and to their credit, the transition went almost flawlessly. Many detractors were predicting doom in the weeks leading up to the Merge.

Ethereum’s PoW mainnet chain, which held all the transactional records on the blockchain since the genesis block was merged into a parallel PoS blockchain, called the Beacon chain, completed the transition to Proof of Stake (PoS).

This merging of both blockchains allowed Ethereum to successfully switch from an energy-intensive Proof of Work (PoW) based network to a PoS-based network with a 99% reduction in energy consumption.

Aside from requiring less energy, Ethereum no longer has miners producing new blocks and verifying transactions by consuming electricity and producing work by guessing random numbers with GPUs.

It now uses a validator model where node operators must stake ETH tokens to secure the network, validate transactions, and produce new blocks. The Beacon Chain is now the consensus engine for all network data, including both execution layer transactions and account balances.

What will Ethereum’s Merge Change for Users?

For end users of the Ethereum network and ETH token holders, absolutely nothing has changed, and this includes non-node operating stakers, as well. If you fall into this category, you don’t need to do anything new or different.

You can spend and use ETH the same way you always have. The Merge did not create a “new” version of ETH, your wallet will still display your balance, and your private keys will still give you full control of your funds. There are no additional upgrades needed.

How Can I Stake My ETH Tokens?

Bitfinex account holders can easily stake their ETH by holding their tokens in their Bitfinex account and instantly earn staking rewards. Those who wish to stake can stake any amount of tokens. It’s a common misconception that a user needs to have 32 ETH to participate in staking, this is incorrect.

For further details about staking ETH, please view our Terms of Service.

What Block Explorer for Ethereum After the Merge?

There are two block explorers which show blocks from the beacon chain on Ethereum since the Merge:

What Happened to the ETH2 Token?

Prior to the Merge, many services and exchanges were offering staking with ETH2. Thanks to the Merge happening successfully, the ETH and ETH 2 tokens have been merged together into one token as well. There is no longer an ETH 2 token. There is only ETH.

What will the Merge Mean for Node Operators?

If you run a validator node, there are three important things you need to do in order to get your node online and begin earning staking rewards.

If you run a non-validating Ethereum full node, there are two important things to be aware of so your node stays synced up and continues to relay blocks. For full nodes, you’ll need to do the first two steps from above.

What does the Merge Mean for Ethereum Developers?

For those out there working on Ethereum-based projects, there are a few changes that come with the Merge that will impact smart contracts and DApps that you need to know about.

The Merge introduced various changes which relate to the following:

More detailed information regarding these changes can be found here.

What will Happen to the Ethereum Miners?

Now that the Merge has taken place, miners can no longer mine on Ethereum’s mainnet, so there has been quite a bit of interest in what they will do with their hash power. The most obvious choice is to mine another Ethash coin or another altcoin that can be profitably mined with a GPU.

The only issue with this alternative is that none of the other minable coins are anywhere near as profitable to mine as Ethereum was. The other important thing to consider is that many altcoins which could be considered as alternatives for mining will see profitability drop dramatically as PoW difficulty increases, as a huge number of former Ethereum miners begin hashing on a new chain.

So far, since the Merge, we have seen large increases in Ethereum Classic, Ergo, and Ravencoin hash rate, and there is also a lot of hashing going towards the new Ethereum PoW fork coin.

Another possibility is that former Ethereum miners collectively add their hash rate to a mining pool like Nice Hash and begin coordinating 51% attacks on smaller Ethash-based altcoins, which can be cheaply attacked and exploited by causing a blockchain reorg.

An attack may be more profitable than mining, honestly, for some of these lesser-known blockchains. Whether the incentives align or not remains to be seen.

What about the New Fork Coin ETHW?

Since a certain segment of the Ethereum mining community chose to hard fork and keep mining the former mainnet Ethereum blockchain and create a new PoW fork coin known as ETHW, many are wondering what kind of support it will receive from the wider crypto community.

We are pleased to announce that Bitfinex is supporting the Ethereum Proof-of-Work fork.

Customers with an Ethereum (ETH) balance in their Bitfinex account at the time of the Merge snapshot (Block 15537393) will have received forked Ethereum Proof-of-Work (ETHW) tokens.

Customers have been credited ETHW, and the ETHW:USD market will be open as of the 15th of September at 9:15 PM UTC for trading.

You can find more detailed information about Bitfinex’s support of ETHW here.

What’s Next for Ethereum Now that the Merge is Complete?

Since the Merge took place, there has been some speculation of already increased centralisation compared to prior to the Merge. Coindesk reported that out of the first 1000 blocks, 45% have been found by just two validators, Coinbase and Lido.

Bitfinex’s very own Paolo Ardoino, CTO, also maintains a degree of scepticism about the benefits and improvements to scaling and transaction fees that the Merge will actually provide, as it does not directly address scaling or reduce gas fees.

Paolo also points out that even with the Merge, Ethereum’s monetary policy and tradeoffs are inadequate to competently place it in direct competition with Bitcoin as money.

Ethereum developers admit the Merge will not significantly reduce fees as it’s a consensus change and not an upgrade to the network’s capacity. Another reality to consider is that transaction speeds will also not significantly increase and will remain around the same as before the Merge.

The Ethereum community is still planning on adding two more major upgrades to Ethereum in the near future, even with the success of the Merge. They still plan on carrying out another upgrade known as Shanghai, which will add additional features not included in the Merge, like staking withdrawals.

In addition to Shanghai, also on the roadmap is the plan to implement sharding as a way to address the scalability issues and transaction speed bottleneck that was mentioned by Ardoino.

The Ethereum community says that layer two scaling solutions like Polygon have been sufficiently successful at helping with scalability and fees, keeping them manageable for Web3 applications. The community also maintains that the Merge has laid the foundation for future scalability upgrades. 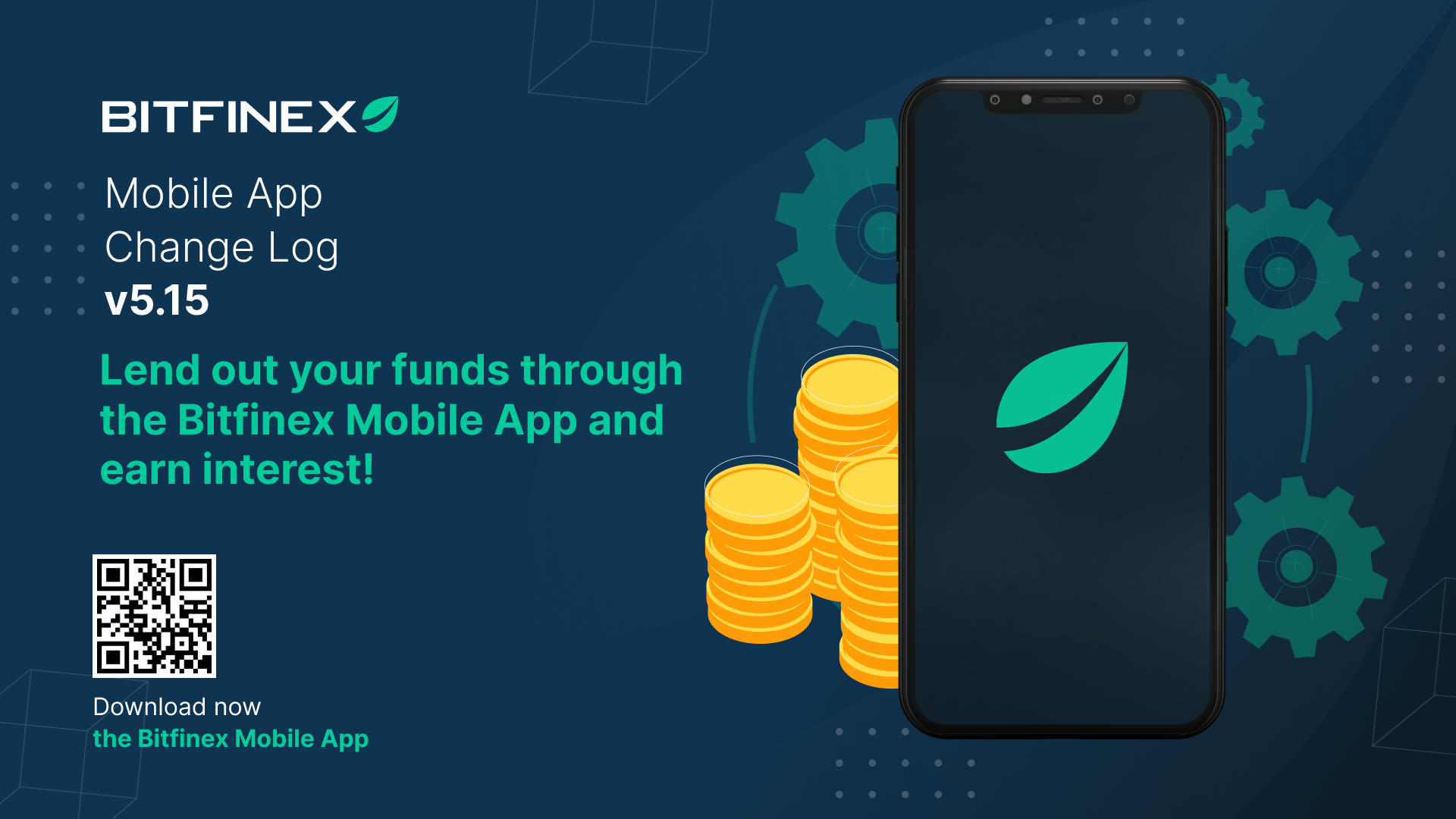 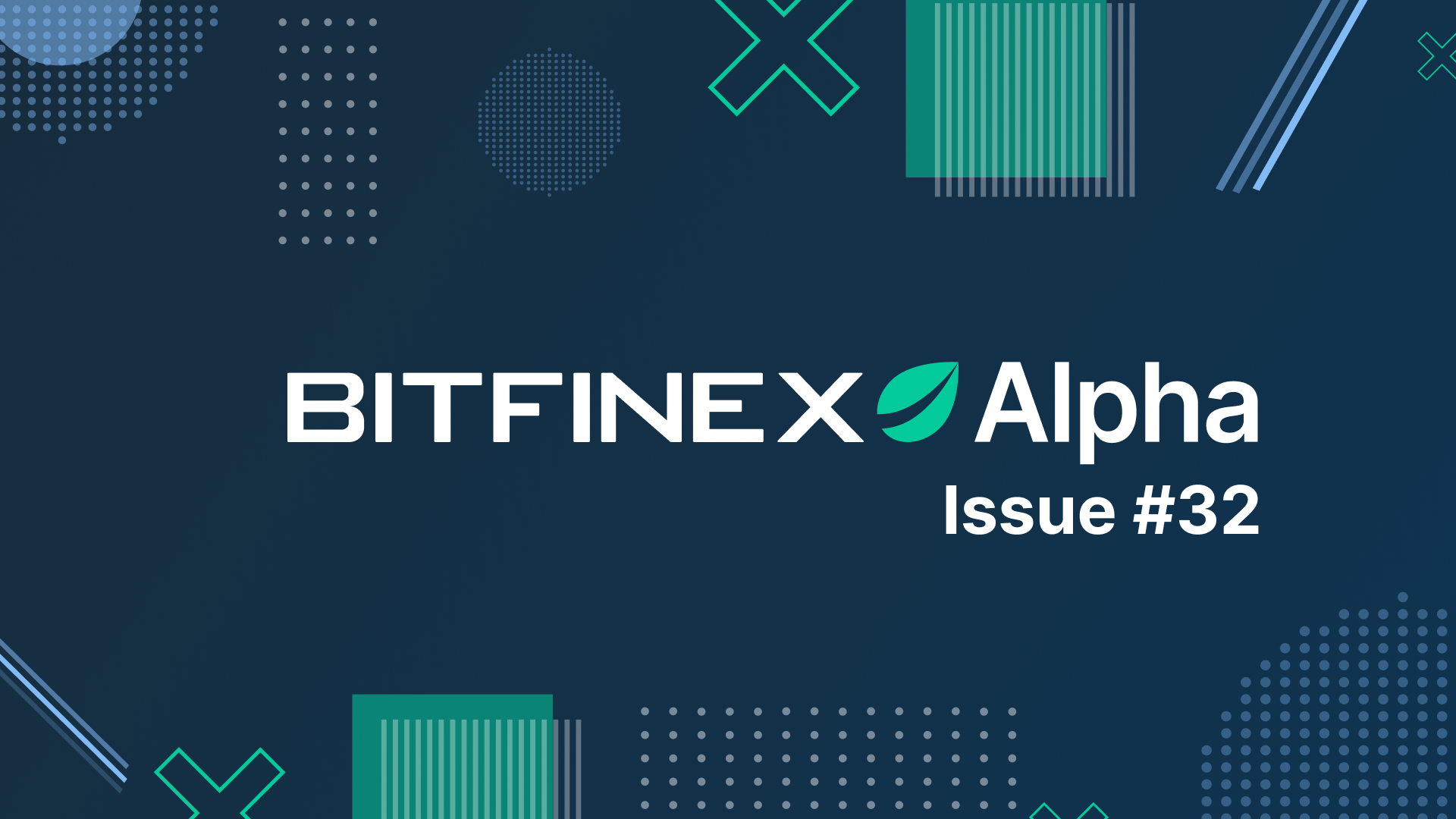 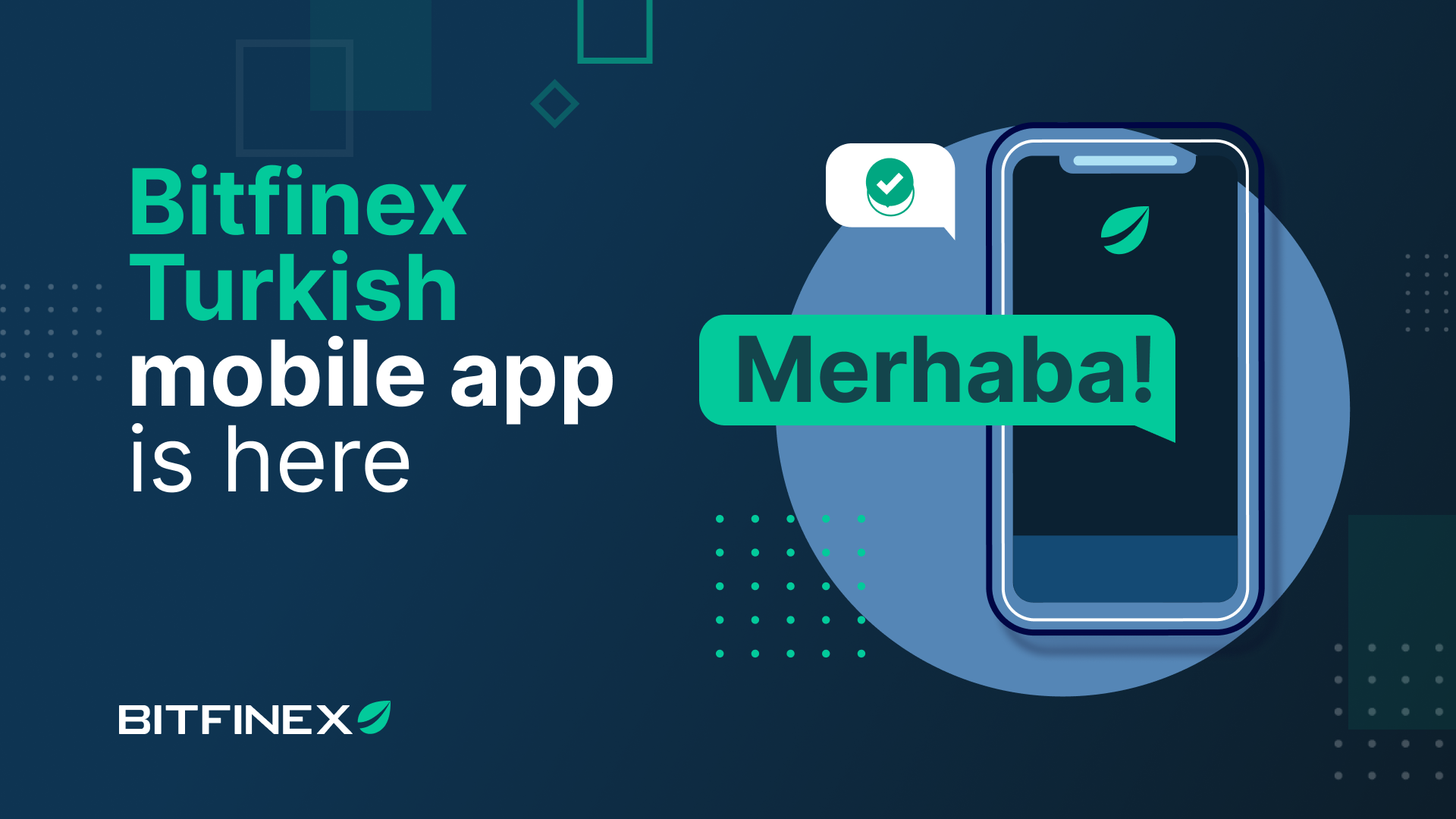 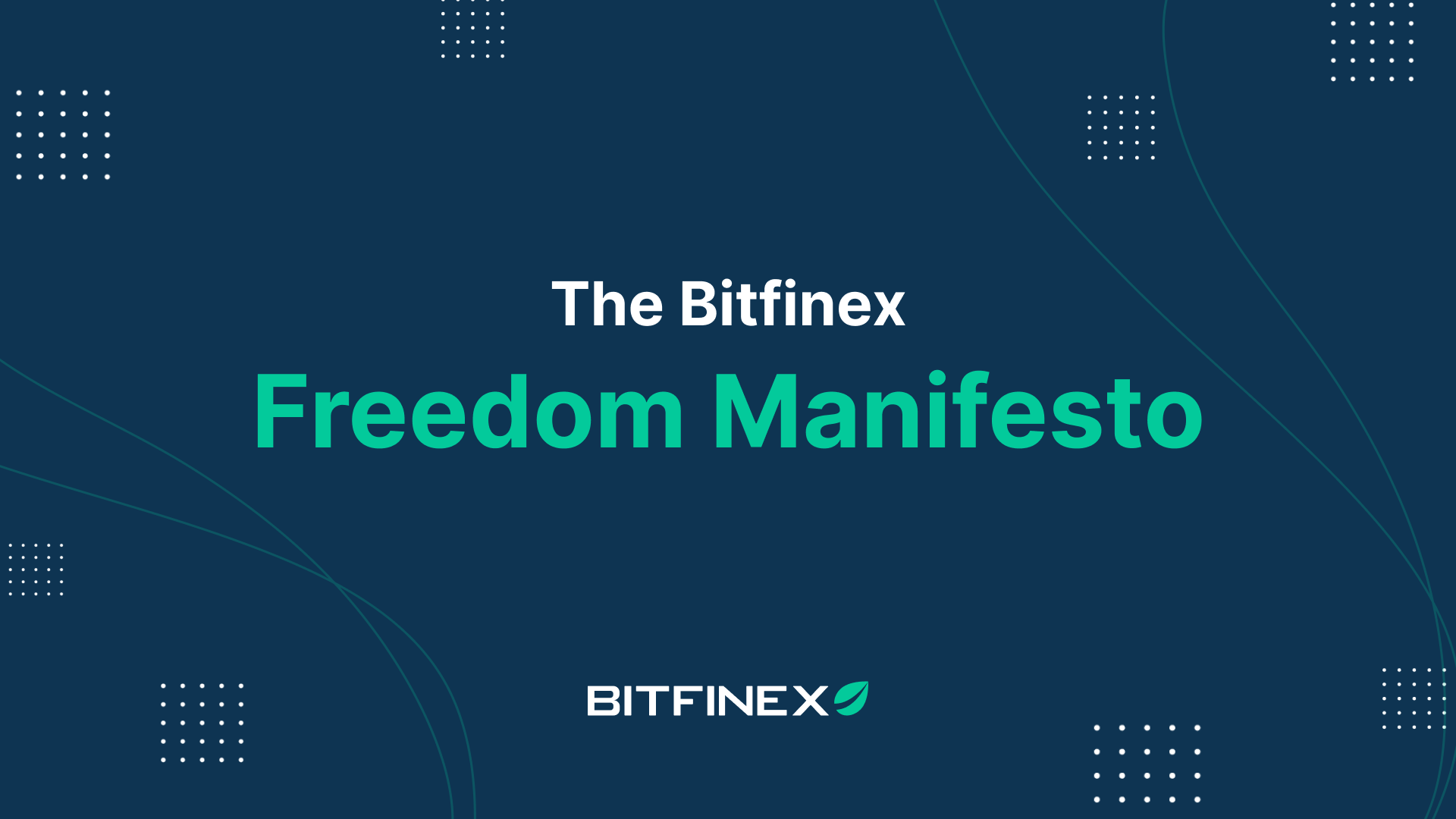