Cryptovot
Home Mining Show Me The Money- Does Tether Have The Cash?


Doubts about Tether’s backing have plagued its space for several years now. A large group of critics has insisted that, despite the company’s assurances, Tether Holdings cannot prove to have adequate assets to enable it to maintain the 1-to-1 exchange rate. Thus, many of the opposers say that the coin is fundamentally a fraud.

Tether has tried on several occasions to dispel these fears by publishing attestations from an accounting company saying that it has enough money. However, these attestations have resulted in other issues.

In July 2021, Treasury Secretary Janet Yellen summoned the Securities and Exchange Commission head, the Federal Reserve chair, and six other top executives for a meeting mainly to discuss Tether. At the time, inflation was exploding and a coronavirus curve appeared to threaten economic recovery

However, Tether got so big that it also seemed to put the entire United States financial system at risk. Something needed to be done. It might appear paradoxical that in the whole complex and volatile world of cryptos, top financial regulators are worried about the digital money that is designed to be the safest.

The name ‘stablecoin’ points to stability. However, Tether has attracted a lot of regulatory scrutiny amid fears that it might pose risks to crypto users and the general financial network. The biggest question is whether the $69 billion in haven assets that the firm issuing the digital currency says if fully backing it are fully safe.

Many other stablecoins exist in the crypto space and all of them have a cumulative market value of more than $100 billion as of May 2021. Most are allegedly pegged to the US dollar. There are up to 69 billion Tethers in circulation with 48 billion issued in the past 12 months.

What Is Tether Backed By?

On October 7, Bloomberg Businessweek published an investigation into Tether. The investigation discovered that Tether’s reserves feature billions of dollars of near-term loans to huge Chinese firms, something that the money-market funds avoid.

Bloomberg also reported that Tether made loans stretching into billions of dollars to the other crypto firms, with BTC as collateral. On its part, Tether said that most of its commercial paper has received high grades from credit-rating companies.

The company added that its secured loans are low-risk since the borrowers have to put up BTC worth significantly more than what they can borrow. Tether insists that all its coins are fully backed. 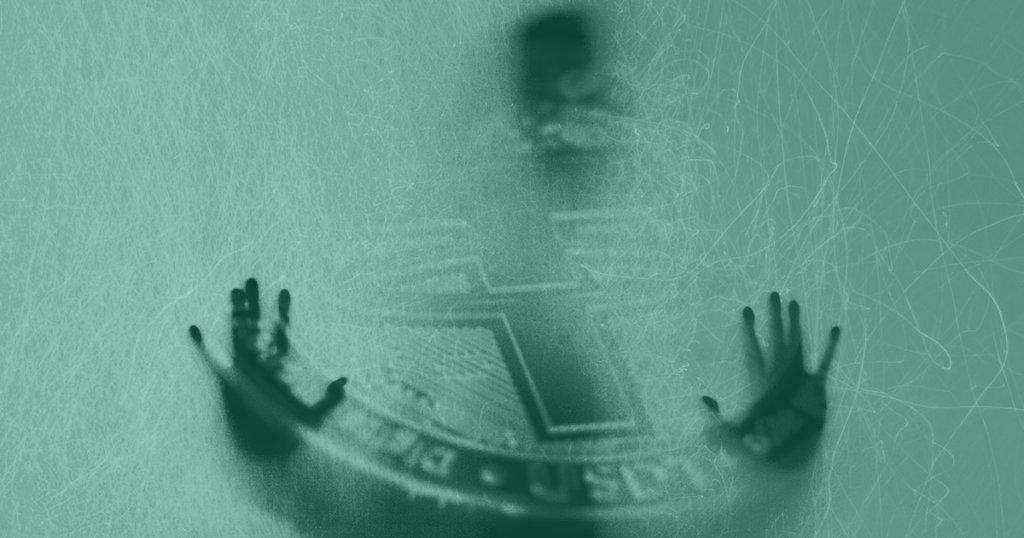 It is not yet clear if stablecoins are treated like bank deposits will encourage the SEC to approach cryptos like securities. Some of the operators say that Congress needs to clarify this scenario. The United States Department of Justice also launched a criminal investigation into whether some of the Tether executives engaged in bank fraud.

Regulators insist that the ever-growing size of Tether has resulted in a scenario where lots of USD-equivalent coins get exchanged without interacting with the United States banking network. This strategy possibly hides illegal activities and transactions from regulators. Powell testified before Congress:

“They are like money funds, they’re like bank deposits and they’re growing incredibly fast but without appropriate regulation.”

Regulators are also worried about the panic that may result in a bank run. Notably, the money-market funds required quick action by the Fed in the 2008 financial crisis and the 2020 pandemic-related market crash.

Currently, Tether seems to gather money massively with its market cap exploding by 1500% since 2020 when it was $4 billion to almost $70 billion currently. Before bank regulations were implemented seriously in the United States during the Great Depression with FDIC creation in 1933, bank crises used to happen all the time.

With the absence of defined regulations, anyone can set up a ‘bank’ to lure cash from investors by giving them high interest rates. They can then make lots of money through offering risky loans and investments and then shut down in case of an economic downturn.

In the 1920s, Charles Ponzi set up some form of a bank but never invested the money. He just paid off old investors with new investors’ money and now his name inspired what is today known as the Ponzi scheme world.

Critics now say that Tether is no different from the old schemes. NYU professor Nouriel Roubini referred to it as “the mother of all scams.” Vitalik Buterin has said tether is a “time bomb” while Jim Cramer called Tether the “black hole or crypto.” With almost $70 billion in liabilities and no defined collateral backing it, some say that stablecoin is one of the sketchiest investments in existence.

Here is what to look out for when determining whether Tether is a viable investment.

Tether insists that its reserves are almost 50% in commercial paper. In that context, it means that Tether may own around 5% of all the commercial paper globally. But, Bloomberg said that none of the major trading desks in London and New York confirmed doing any business with Tether. That is a major deterrent.

Many now wonder how Tether allegedly owns 5% of the global commercial paper and has no banks ever do any form of business with them. On the other hand, Tether has refused to say what type of commercial paper it owns, for ‘privacy reasons.’ 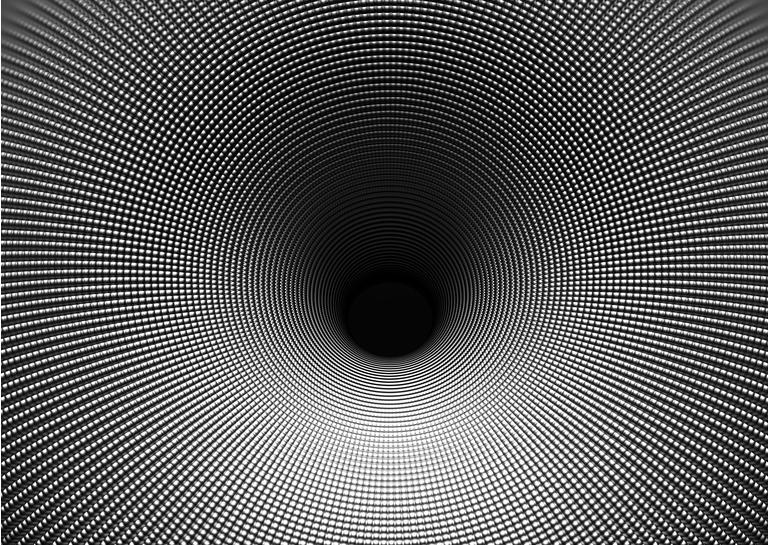 Nevertheless, the global commercial paper market works through its reputation and not some top secret. All of the Tether commercial paper might be concentrated in the emerging markets and with several other crypto firms or it does not exist altogether. The company insists that they trade via intermediaries though their main custodian is a small Bahamas bank.

The small bank would need to use a big bank or broker to exchange all of the commercial paper themselves. A similar logic was used to prove Madoff was operating a Ponzi scheme, and the many similarities are hard to ignore.

Sometime this summer Bloomberg reported that senior Tether executives were targeted by federal criminal investigation for money laundering and bank fraud. One journalist said that his FOIA request for Tether-related documents was denied due to an ongoing law enforcement investigation.

Other people linked to Tether and Crypto Capital have been apprehended for money laundering for multinational firms. As part of the NY indictment, authorities discovered that Tether had no formal contract with them, although they handled millions of dollars of their money.

Related: Op Ed: A Summary of  NYAG vs. Bitfinex/Tether

Tether and their affiliate Bitfinex exchange are victims since they lost $850 million to convicted money launderers. It is not clear why they were engaging with international criminal organizations when the premise of the company is that it is as good as cash. Tether’s president was arrested in Poland for laundering money for Columbian drug cartels.

Another issue is how the losses were dealt with on the order books, the attestation puts their assets a bit more than their liabilities, which appears not likely in case they are investing the money the way they insist to be.

Most Tether holders earn interest for having the coins at crypto brokerages. High interest rates do not mean that an investment is illegitimate, but investors must know why they earn such interests. Mostly, high returns are linked with huge risks. That is allowed in case the involved risk is fully compensated.

Tether holders are receiving strangely high interest rates of 6-12% from crypto brokerages that are indirectly or directly linked to Tether. That is a possible conflict of interest. It might mean that Tether is using new depositors’ money to pay redemptions as eloquently argued by one economics blogger, Matt Ranger.

Another worry is that some of the investments made are sketchy. It is common for venture capitalists to back startups and promote their marketing campaigns. But, whenever financial services do that, they need to be fully regulated and extensively audited.

Tether is not audited. One was tried by Freidman LLP but it was never completed with the law firm eventually dumping Tether as a client. The stablecoin firm was investigated by the NYAG for fraud and they settled charged linked to misleading New York residents in 2021 about the coin’s backing.

If the NYAG had more jurisdiction, it would do a lot more. But, Tether operates offshore with ties to the Caribbean, China, and Latin America.

Tether is yet to undergo an audit, meaning that the reserves the firm has are real and not borrowed from third parties when redemption comes in.

The transcripts from the New York case are available here.

According to Tether’s website, each token issued is wholly backed by reserves that comprise a mix of reserve assets.

“Every Tether token is always 100% backed by our reserves, which include traditional currency and cash equivalents and, from time to time, may include other assets and receivables from loans made by Tether to third parties..”

Recently, people believed that reserve assets mean liquid cash in a bank account. But NYAG discovered that as of March 31, 2021, Tether’s reserves featured “cash equivalents including commercial paper, with just 4%  of that  held in cash.

Tether should be redeemable on demand. But, hypothetically, it would not meet all its liabilities if all token holders decided to redeem concurrently. Despite its compliance with the NYAG directives, this stablecoin is still subject to intense speculation.

While responding to Bloomberg, the stablecoin issuer said that the claims are old news that is reconstructed to fit a “pre-determined narrative.”

“[the article] is a one-act play the industry has seen many times before, taking snippets of old news from various places and dubious sources, and making it fit a pre-packaged and pre-determined narrative.”

According to Tether’s response, most of the piece by Bloomberg was acquired from “disgruntled individuals.” They said that John Betts who featured in the piece was sacked by Noble Bank for “engaging in egregious and wasteful self-dealing and seeking to enrich himself.”

Nonetheless, Tether’s CEO Jan Ludovicus van der Velde deleted his official Twitter account in the latest fallout. That move increased speculation that all is not well at his company. For now, it is believed that the SEC is investigating Tether, with a legal action imminent.

Andre Hudson, INDIEV Head Of Design Talks To Us About Blockchain Installation In Electric Vehicles

5 Ways Crypto Is Changing The Lives Of Students

6 Types Of Wearable Technology You Must Own Right Now