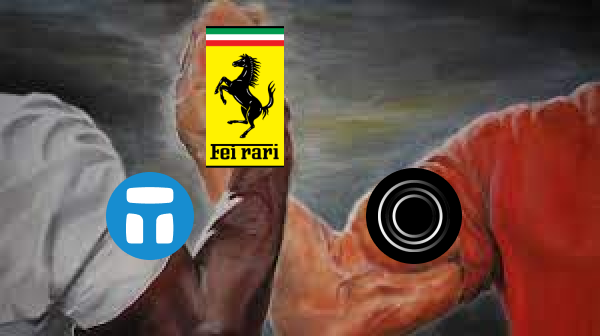 After less than a month of deliberation and voting, two decentralized autonomous organizations (DAOs) have consummated one of the highest-profile mergers in DeFi history.

On Tuesday at Ethereum block height 13850929, a vote to merge Rari Capital and Fei Protocol was approved by members of both DAOs. The measure passed by a 93% to 1% margin among Rari’s RGT holders and 90% to 0% rate among those with Fei’s TRIBE. Going forward, the projects will merge via a token swap and be united under the TRIBE token.

A total of 103 wallet addresses participated in the election. The joint effort will immediately command $2 billion in total value locked (TVL).

In an interview with CoinDesk, Fei founder Joey Santoro said that the historic deal was at times unwieldy – especially when both tokenholder communities initially seemed skeptical of one another – but he and Rari co-founder Jai Bhavnani were aligned in their desire to move quickly on a deal.

“It was really challenging to navigate a proposal this big – there were two whole DAOs worth of cooks in the kitchen. But Jai and the core teams and I were devoted to putting this out there,” said Santoro.

Per the terms of the merger, Rari’s RGT token holders will be able to exchange their tokens at a rate of 26.7 TRIBE to RGT at any point within a 180-day window. Additionally, TRIBE holders dissatisfied with the deal will have a three-day window to exchange TRIBE for a proportional share of Fei Protocol’s treasury.

In addition to requiring social consensus from the two investor communities, the merger is technically a complex one, requiring multiple custom contracts and multiple on-chain votes.

As a result the teams built the contracts related to exchanging RARI for TRIBE, as well as a “ragequit” function – a contract that allows token holders to exchange their tokens for a proportional share of the protocol’s treasury, a feature first iterated in Ethereum ecosystem grants organization MolochDAO.

According to Santoro, the ragequit function was instituted in part to appease TRIBE holders dissatisfied with the terms of the deal.

“The ragequit allows TRIBE whales, especially whales that market-bought TRIBE below treasury value, to exit at intrinsic value. Adding that in made everyone aligned,” he said.

The ragequit will be live for three days, and may be reinstituted if TRIBE ever trades below treasury value. Santoro declined to speculate on how widely it’ll be used, but said that instituting the function was a byproduct of two ambitious teams who wanted to move quickly on a merger rather than hash out technicalities.

“After a certain point, you can’t keep debating. You have to say, ‘We’re over the line here. We’re going to keep executing.’”

Now that the votes have passed, the real experiment arguably begins: Can two separate teams with disparate leadership structures operate efficiently under the same governance token?

DAO management has come under scrutiny in recent weeks, following the high-profile failure of ConstitutionDAO to acquire a rare copy of the constitution, and infighting within Sushi leading to the departure of CTO Joseph Delong.

However, there are instances of multilayered or fractionalized DAOs working well. MakerDAO, which deploys a series of cloistered “core units,” recently announce a $20 million bond experiment with French multinational banking giant Société Générale.

Santoro believes TRIBE’s multi-tiered structure will lend itself to managing the two teams. Additionally, he noted that if there are conflicts and potential power struggles, the DAO can institute new governance structures with a vote, but that after multiple meetings the two teams are currently aligned.

“We see the world in similar ways,” Santoro said. “We’ve also had hard internal discussions – this wasn’t all kumbaya idealism, but we got it sorted like adults and I’m extremely bullish on our ability to coordinate and cooperate as equals, and if it doesn’t work we’ll vote in a structure that does.”

The first product from the joint project is expected to launch in “late January, early February,” said Santoro.

Additionally, the team is looking to expand further via DAO acquisitions.

“TRIBE is moving towards becoming full-stack DeFi infrastructure,” said Santoro. “We’re trying to fill all the product gaps and become an in-house mega-DAO.”

He mentioned an automated market makers (AMM), structured products and derivatives as acquisition and/or expansion targets.

The expenditures are notable given that other teams are preparing their treasuries for a possible looming bear market, but Santoro sees further expansion as strategically advantageous:

“I think long-term it’ll be more beneficial for us to join forces with sick teams than it would be to preserve assets. And it’s not like we have this huge burn-through – we’re lean teams. We’re ready to ride out a bear.”