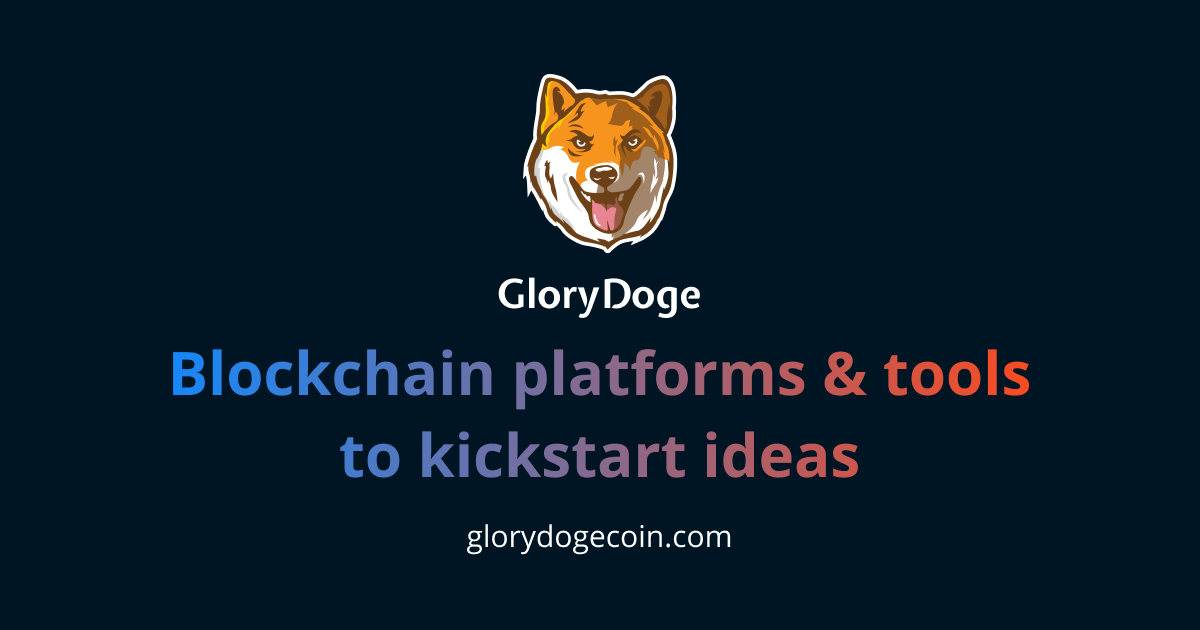 Groundbreaking ideas seem to be popping up faster than ever. DeFi enthusiasts and professionals are always eager to explore the potential of decentralized finance and improve various areas of lives. Moreover, it has never been easier for anyone interested in supporting a project to invest their digital funds.

But there’s a catch, many fundraising methods aren’t as reliable as they appear to be. As a matter of fact, various ICOs and other forms of attracting investors have turned out to be scams relying on the lack of knowledge among inexperienced crypto investors.

Essentially, GloryDoge is a blockchain platform for kickstarting ideas and attracting investors. The secure DeFi ecosystem comes with a range of tools that can help innovators get funds from the interested parties. More importantly, GloryDoge offers investors a detailed overview of what they want to invest in.

GloryPad is the main feature of GloryDoge. It’s a launchpad that aims to attract all innovators, investors, developers, pretty much anyone interested in developing exciting ideas or investing in them.

The launchpad is currently in the works, and it’s expected to be released during the third phase of development (we’ll cover the roadmap below).

There’s an important feature that makes GloryPad stand out from the pack and ensures investing is secure. Namely, innovators can create a set of tasks that need to be completed in order for their project or service to be launched.

Therefore, investors will not fund the entire project. Instead, they will have an overview of all tasks and the associated cost for each of them. As a result, they will get to choose a task that they can invest in to support a project.

This approach by GloryDoge adds a new layer of transparency and security for all fundraising activities that will take place on the platform. Not only will the entire process weed out the scam cryptocurrencies, but it will also attract investors interested in supporting great ideas and seeing them come to fruition task by task.

The early version of GloryPad will also feature an activity pad, where one can learn about popular sales, activities, and more.

Finally, GloryPad will support all major blockchains, starting with Ethereum, Binance Smart Chain, Polygon, and Avalanche. The team behind the project plans to add more blockchains in the future.

Speaking of the team, let’s see who’s behind GloryDoge.

The real identities of the people behind this platform have not been revealed. However, the official whitepaper states that the founder and co-founder are already doxxed on DessertFinance. In addition to that, Techrate and DessertFinance have audited the entire project, and an additional audit is expected in the future from Certik.

So far, only names are learned (or online pseudonyms) of the team members — William (CMO), Joey (CEO and lead developer), and Light (CDO). They have years of experience in software engineering, marketing, and design.

This token’s contract is written from scratch, which isn’t that common nowadays. However, the team wanted to build maximum trust among everyone involved in GloryDoge and avoid some common issues that tokens with copied contracts face. The developers have taken into account a range of harmful actions and made sure that they aren’t possible with the new contract. For instance, if the owner/deployer wants to set taxes higher than 10%, it will not be allowed.

Here’s how the taxes are distributed:

The good news is that there are no taxes if tokens are moved from wallet to wallet.

Finally, 50% of revenue from GlodyDoge DAPPs is distributed as BNB through staking, and 10% is locked for liquidity on PancakeSwap.

The private sale has been officially concluded. The next phase is the presale, which will take place on PinkSale. It will officially start on October 28, where a total of 245,000,000,000,000 GLORYD tokens will be distributed. Users will have a chance to obtain the GloryDoge Token at the following rate: 1 BNB = 490,000,000,000 GLORYD. The minimum allowed amount one can buy is 0.1 BNB, whereas the maximum is 3 BNB.

Phase 1 – The first phase includes deploying the token, distribution, and private sale contracts on BSC, in addition to releasing the white paper and launching the website. This phase has been completed.

Phase 2 – The second phase is underway, with doxxing, contract audit, and the private sale being concluded. The next step is to conduct the presale, get additional contract audits, promote the project, and list the token on CoinMarketCap and CoinGecko.

Phase 3 – The last phase includes a security audit, finalization, and release of GloryPad. The team also plans to hire additional members and promote the project further to increase the user base. The final step is to automate the revenue distribution to holders and work on new features and DAPPs.

The third phase isn’t really the end. In fact, once GloryPad is launched, there will still be plenty of work to do, as the team wants to develop and launch various new DAPPs that aim to reshape the crypto space. For now, though, GloryPad will help many innovators and investors join forces and work on many new and groundbreaking ideas.

5 Ways Crypto Is Changing The Lives Of Students

6 Types Of Wearable Technology You Must Own Right Now