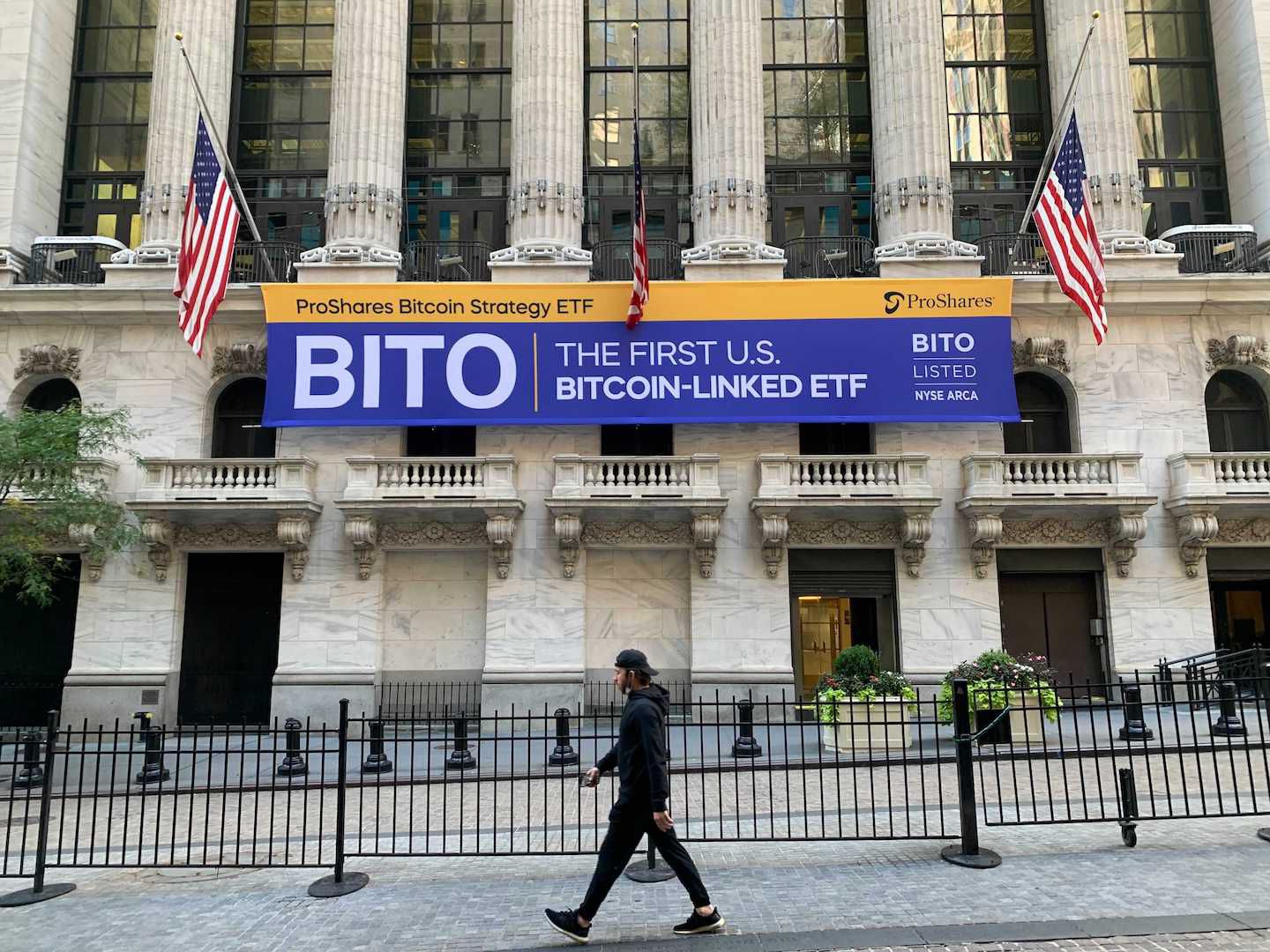 The ProShares Bitcoin Strategy exchange-traded fund’s trading volume topped $1 billion on its first day, ranking the investment vehicle as one of the top ETF launches in history.

As of 4:02 p.m. ET, shortly after the close of U.S. stock markets on Monday, trading volume in the ProShares ETF (ticker $BITO) had reached 23.9 million shares, worth more than $1 billion based on the closing price.

Based on first-day trading volume, the launch would rank the new ETF as one of the top two or three ever, said Dave Nadig, chief investment officer and director of research of ETF Trends.

Most of the trading appears to have come from retail investors, since there were few large “block” trades of the size that big institutional traders often deal in, Nadig said.

“This is probably going to be what we all expected, which is it’s an access vehicle for certain players in the marketplace,” Nadig said in a phone interview. “There’s lots of folks who are active participants in the markets who just don’t want to cross over the crypto bridge by themselves.”