Cryptovot
Home Mining EDDASwap: A New Paradigm Of Multi-Chain Trading That Is Disrupting 
The World of DEXs

PRAGUE, Czechia, Aug. 20, 2021 (GLOBE NEWSWIRE) — Next iteration of EDDASwap Decentralised Exchange is launching soon as a cutting-edge L2 DEX built on Polygon. EDDASwap is an ecosystem and NFT and DeFi platforms with unique dApps such as a multi-chain DEX and 360° VR NFT staking/buying platform. After the hugely successful release of their Binance Smart Chain DEX, which was received with much fanfare by DEX traders, EDDASwap has revealed that the next iteration of their DEX is launching soon, this time as a cutting-edge L2 DEX built on Polygon. 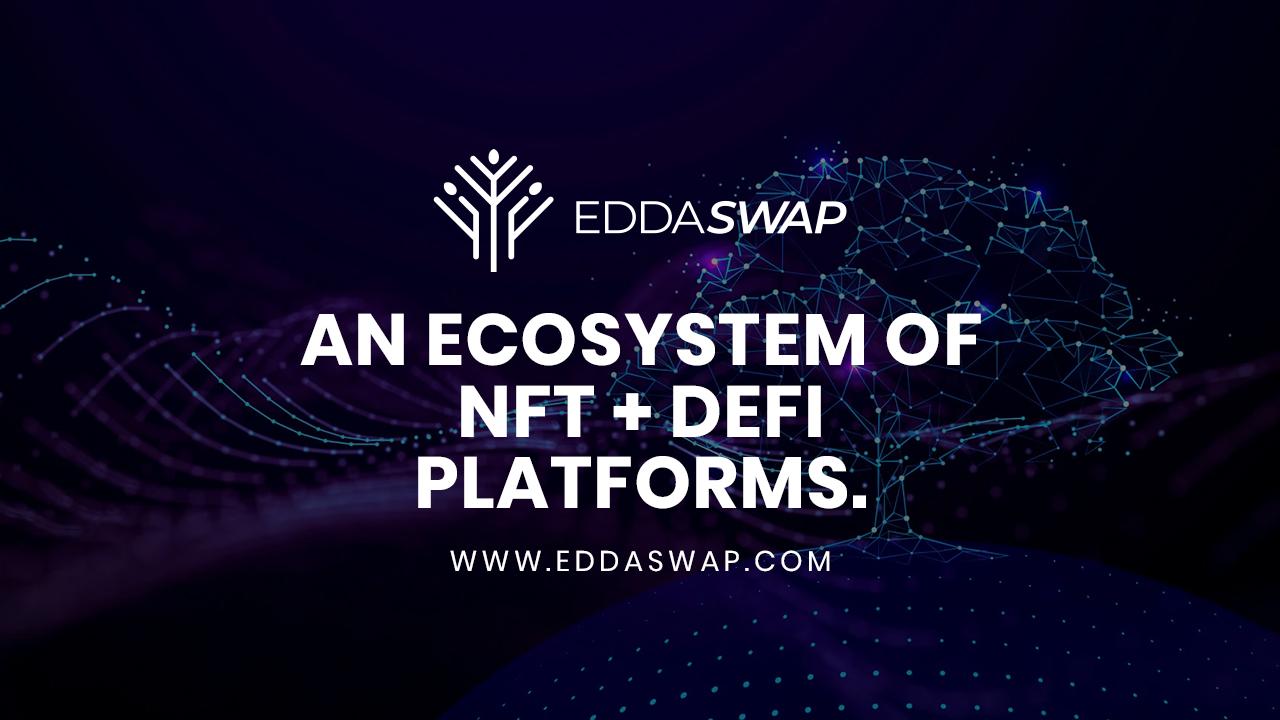 This is just the second of several upcoming DEXs, as EDDASwap will eventually support trading on all leading blockchains including Ethereum, Binance Smart Chain, Polygon, and Polkadot. As evidenced by the success of the BSC DEX, EDDASwap is disrupting the world of DEXs, and the upcoming L2 DEX built on Polygon is going to turn this up several notches.

EDDASWAP’S BSC DEX: The next frontier of trading on Binance Smart Chain

The recently released BSC DEX pushes Binance Smart Chain’s capabilities to the limits, offering rapid transaction finality and negligibly low gas fees. The sophisticated and clean UI makes trading simple and accessible to every user, irrespective of their level of prior experience with trading on a DEX. The DEX offers trading on a wide range of Binance Smart Chain tokens, from established projects to new launches, and will eventually include exclusive listings from top-tier projects that will not be tradeable anywhere else.

EDDASwap has maintained a core focus on security for the BSC DEX. Pursuant to this, EDDASwap has implemented “Liquidity Lock”, an optional feature whereby anyone that lists their token onto the EDDASwap BSC DEX has the ability to lock in the liquidity for the token for a designated period of time. Every project that wishes to legitimise themselves can make use of this feature to create trust, and provide token buyers some much needed security.

There are a few surprises in place for LPs too, as in addition to the trading fees which will accrue to LPs, EDDASwap has also implemented a special NFT-based reward mechanism for all LPs. The process is similar to EDDASwap’s existing NFT platform, whereby all LPs on the BSC DEX can stake their respective LP tokens to receive EDDASwap’s exclusive NFTs, created by the world’s leading 3D artists and motion graphic designers. Therefore, LPs on EDDASwap’s BSC DEX are generously incentivized, perpetually receiving a passive stream of rewards including both trading fees and exclusive NFTs!

Finally, and perhaps unsurprisingly, there are some juicy benefits on offer for EDDA token holders too! As mentioned earlier, the DEX has trading fees of 0.4% on each trade, from which 0.3% accrues to LPs. The remaining 0.1% accrues to EDDASwap’s treasury, from which a portion of the funds are automatically allocated to market-buy EDDA tokens, which are then distributed to EDDA stakers.

EDDASwap has secured several prominent and top-tier partnerships. The biggest one of these is EDDASwap’s partnership with Polygon. EDDASwap is implementing Polygon’s L2 scaling technology to bring unmatched speed and scalability to EDDASwap’s platforms.

The upcoming L2 DEX is the first platform EDDASwap is building on Polygon. Powered by Polygon’s scaling capabilities, transactions on the EDDASwap L2 DEX will incur almost no gas fees (less than $0.0001 per transaction), and transaction finality will be lightning-fast.

With other major DEXs in the industry struggling with high fees, and delaying their L2 implementations, the EDDASwap Polygon DEX will have a huge competitive edge, by offering unparalleled scaling without compromising on decentralization. To bootstrap liquidity on the EDDASwap DEX, Polygon is going to run a liquidity mining campaign to incentivize liquidity providers after the DEX’s launch.

Shinomics; The Token That Allows Investors To Earn SHIB Automatically