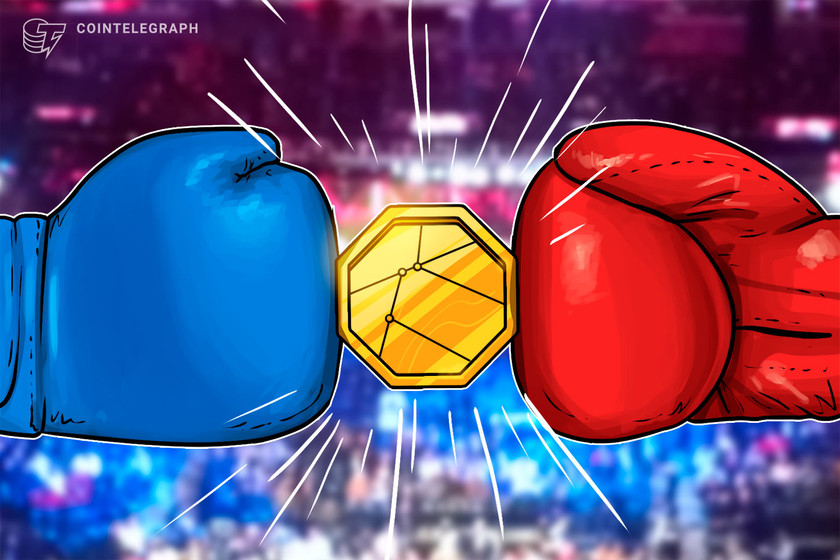 The World Blockchain Summit in Dubai hosted an exhibition boxing match between top cryptocurrency traders and influencers for the WBC Crypto Belt. The fights were supported by a charity event, featuring an auction of memorabilia including digital currency assets and nonfungible tokens (NFTs).

What started off as a conversation for a friendly match with a small audience, saw the involvement of two-time World Boxing Champion Amir Khan and the Super Boxing League (SBL) as the organizer, in association with ByBit crypto exchange and World Boxing Council.

The event saw friendly boxing matches between prominent Crypto Twitter entrepreneurs such as Luke Martin (@VentureCoinist) Vs. Louis (@barneytheboi) and RookieXBT (@RookieXBT) Vs. loomlock.eth (@loomdart). The winners of the events were Louis and RookieXBT respectively, with RookieXBT taking the WBC Crypto Champion belt.

According to a conversation with Cointelegraph at the WBS press conference, the crypto traders-turned fighters have trained for months day in day out, “no parties, no drinks, just hard work.” In addition, the boxing match attracted many crypto enthusiasts across the world that participated in the charity event, which will be donated to the Amir Khan Foundation.

Khan, too, shared his excitement about SBL’s involvement with the crypto community:

“By associating with crypto, we will further augment our endeavour to reach like-minded groups who believe in innovation and transformation.”

In an ongoing bid to showcase Dubai as the future hub of blockchain, on Sept. 22, financial regulators in the United Arab Emirates officially approved the trade of cryptocurrencies in Dubai’s economic free zone.

A Cointelegraph report from Sept. 23 shows that the Dubai World Trade Centre Authority (DWTCA) signed an agreement with UAE’s Securities and Commodities Authority (SCA) to allow regulated trading of crypto assets within the DWTCA free zone.