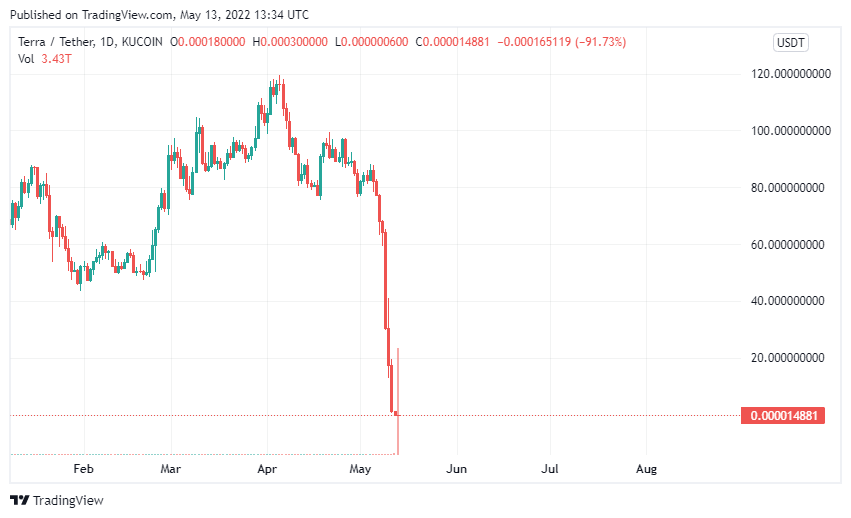 
Changpeng Zhao, the CEO of the world’s largest crypto exchange Binance, has spoken about the platform’s decision to halt trading support for Terra’s LUNA and UST tokens. Zhao’s thread clarified that Binance delisted the contracts in a bid to protect users and investors.

Some of our users, unaware of the large amounts of newly minted LUNA outside the exchange, started to buy LUNA again, without understanding that as soon as deposits are allowed, the price will likely crash further. Due to these significant risks, we suspended trading.

CZ also expressed also disappointment over how the Terra team failed to manage the situation and maintain communication with the exchange. According to Zhao, Binance received little to no feedback from the project following the pause of the network.

The CEO ended the thread by saying that the platform will continue to assess developments as they come and take decisions to match changes in the situation.

Other exchanges like Bitmex have also delisted the token’s perpetual contracts and halted trading as well.

Terra’s long week crisis ultimately led to a meteoritic crash in the price of its LUNA coin. The token which boasted an $80 price the previous weekend now trades at 1/100th of a penny, per data from CoinGecko and TradingView.

LUNA’s circulating supply also went to the moon after UST holders supposedly tried to cash out of the depegged stablecoin. Terra’s algorithm allows its stablecoin holders to swap 1 UST for $1 through a mechanism built to sustain the token’s dollar peg.

However, this process also mints LUNA coins and flooded the market with more tokens, further crashing LUNA prices. As of press time, the circulating supply stood as over 6.5 trillion. The Terra team also paused the network twice on Thursday and Friday to allow validators to work out a solution.