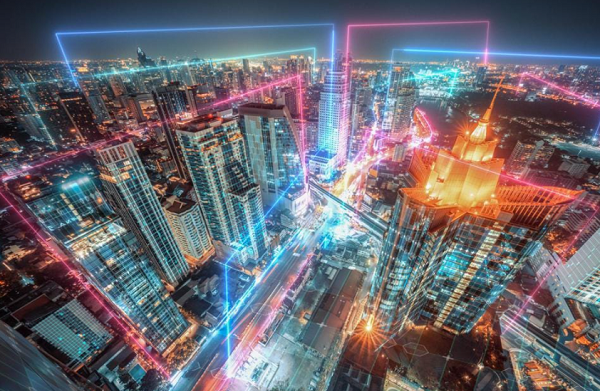 The metaverse is a virtual world where lands can be bought, built, and customised. The metaverse space is reportedly valued at $1 trillion, prompting investors to search for the best metaverse crypto to buy now.

Since Facebook was rebranded as Meta, the metaverse has enjoyed a massive flow of funds into its ecosystem. In late November, a large chunk of all the digital assets under the metaverse category soared by double figures. Below is a list of metaverse crypto to buy now for massive returns. 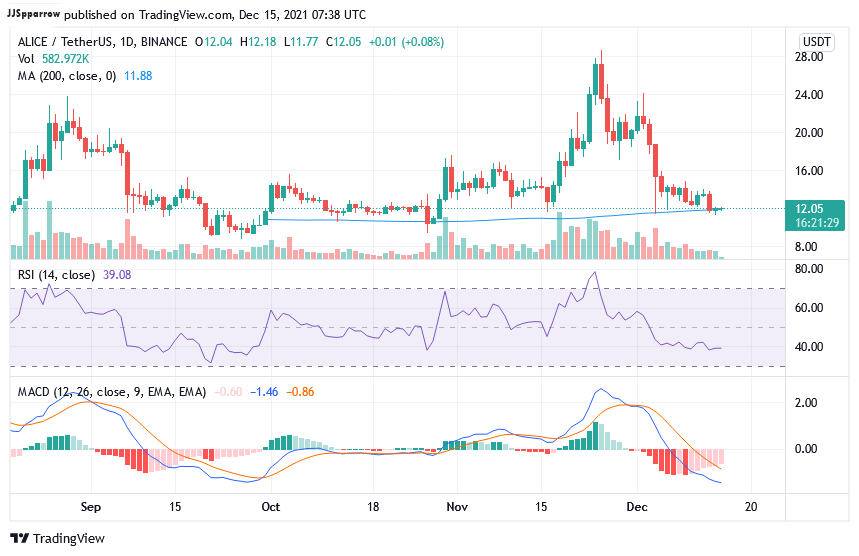 Axie Infinity is a non-fungible token (NFT)-based online. The blockchain-enabled asset is the number one ranked metaverse digital asset, making it one of the best metaverse crypto to buy now. Axie Infinity is trading at $96.76, up 3.39% in the last 24 hours.

The crypto is a Pokémon-inspired game that allows players to breed and trade digital creatures referred to as Axies.

Each Axie is an NFT possessing different strengths and characters and can be used on the Axie marketplace.

Players on the Axie Infinity ecosystem earn Axie Infinity Shards (AXS), the network’s governance token that confers voting right on holders to have a say on developments within the community.

Axie Infinity is one of the new game revolutions that offers “play-to-earn”, allowing users to earn a reward in the form of AXS while playing the game. Users also get rewarded with tokens that can be traded for cash.

In a recent development, the creator of Axie Infinity, Sky Mavis, on December 8 announced that the price of breeding Axies, Axie Infinity’s in-game pets, will be lowered to 0.5 AXS.

This announcement is some good news for community members. Players create new gaming characters through breeding, and they do this with the AXS they already own.

Meanwhile, Axie Infinity recently sold a rare piece of its virtual land called the “Genesis plot” for a record 550 Ethereum, approximately more than $2.48 million at the time of the sale. 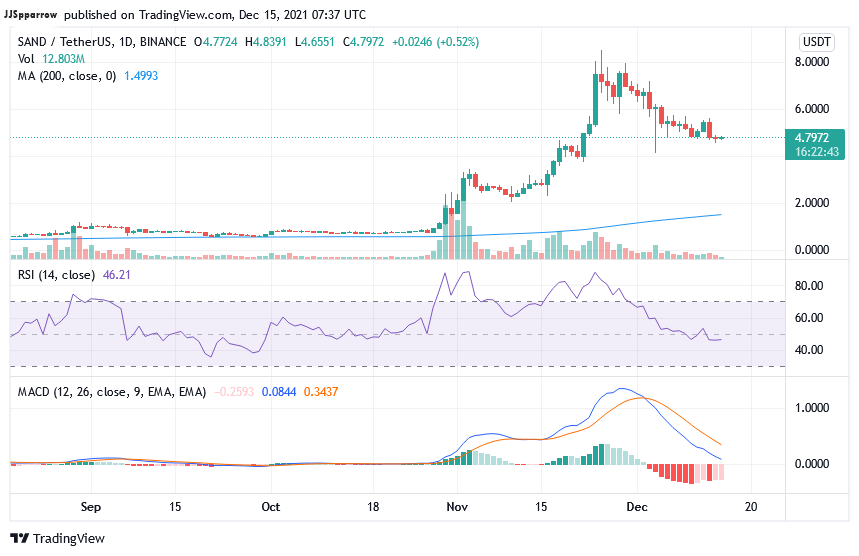 The Sandbox is another blockchain-based virtual gaming platform where users can create, build, buy and sell digital assets.

SAND is one of the metaverse crypto to buy now, being one of the main contributors to a thriving gaming community. The platform operates a “play-to-earn” model, where users can double both as creators and gamers simultaneously.

The Sandbox has enjoyed a huge inflow of funds into the project recently. Snoop Dogg recently built his mansion on the Sandbox metaverse.

A user identified as P-Ape paid about $450,000 ETH to purchase the virtual land beside Snoop Dogg’s in-game estate just to become his neighbour.

Adidas has also partnered with the Sandbox after signing an agreement with Coinbase. This is based on Adidas’ desire to sell its products on the metaverse.

The Metaflower Super Mega Yacht, the most expensive NFT in The Sandbox metaverse NFT was sold for a record price of 149 ETH (around $650,000).

In total, investors have so far spent over $100 million on digital land on the Sandbox. These and many more are why the Sandbox is one metaverse crypto buy now.

BlockchainSpace also announced a partnership with the Sandbox. BlockhainSpace will connect over 2,600 guilds and 680,000 players to Sandbox’s digital lands. 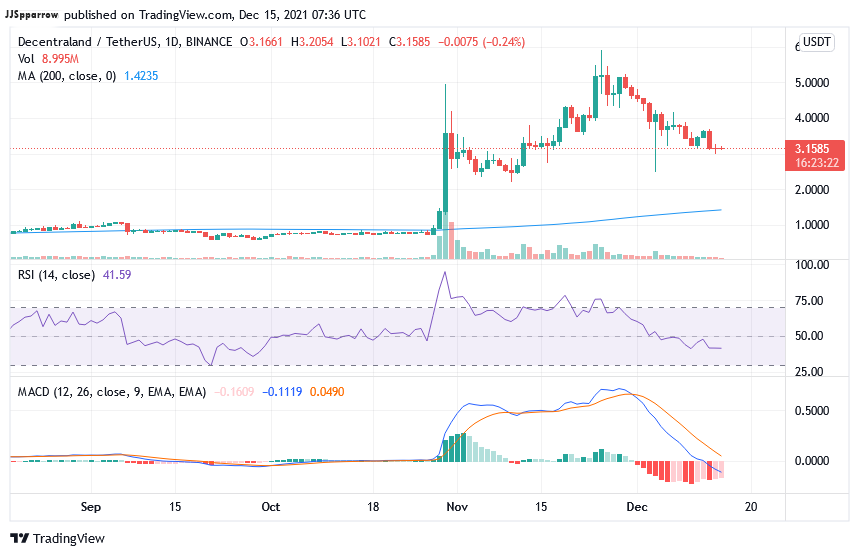 Decentraland has become a major player in the virtual game world termed the metaverse. The platform gives users the freedom to create and monetise their content and applications.

Decentraland broke the record for the most expensive virtual real estate sold when 116 plots of land sold for $2.4 million.

This huge sum was paid by the Metaverse Group, a subsidiary of Tokens.com, which intends to use the land to host virtual fashion events that will promote clothing for digital avatars. 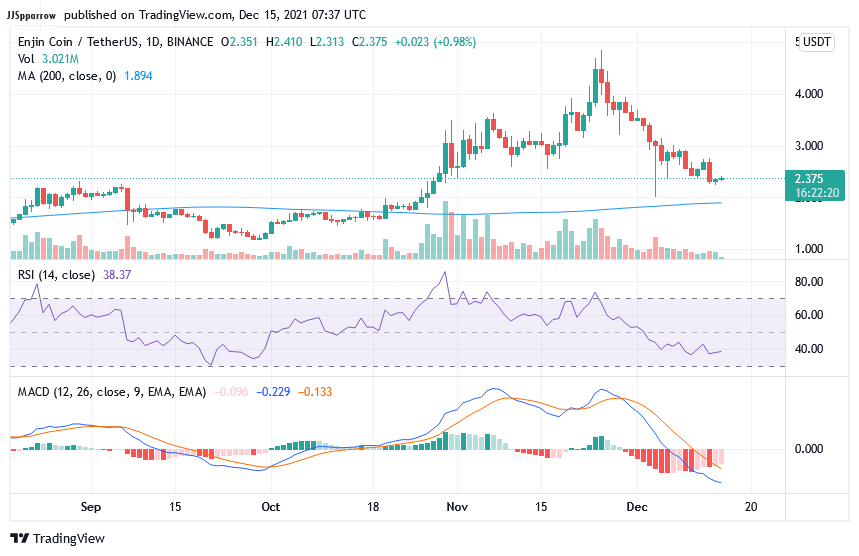 Enjin Coin is a project of Enjin, a company that provides an ecosystem of interconnected, blockchain-based gaming products.

Enjin is an ERC-20 token that backs any digital assets issued or created on the Enjin platform, which means that in-game items can be bought, sold and traded for real-world value. Thus Enjin Coin (ENJ) acts as a digital store of value to back the non-fungible tokens (NFTs).

Hololoot, a foremost NFT project that uses Augmented Reality (AR) technology to transfer 3D assets from the Metaverse into reality, launched on Efinity on the Enjin network. AR deals with capturing and creating the worlds people inhabit into virtual realities.

Contaverse battle, a robot build-to-fight game, has also joined Enjin. With Contaverse, users on the Enjin blockchain can now enjoy a combat game that allows them to design, grow, and fight battles with their own custom-made robot NFTs.

Enjin coin also has plans underway to see the launch of Efinity Polkadot Parachain, which will see Enjin become a Polkadot parachin.

In another development, PlayNFT is also launching on the Enjin network. This launch will allow new and existing NFTs creators to add NFTs easily using Twitch.

Twitch streamers will be able to select from a list of games and apps where they want their NFTs to be usable, then easily distribute to their community via PlayNFT’s Twitch plugin. As of the time of this review, the price of ENJ is $2.37, up 3.46% in the last 24 hours.

MyNeighbor Alice is a multiplayer builder game that allows users access to buy and own digital islands, collect and build exciting items, and meet new friends.

ALICE, the native token of the platform, can be used in many ways, such as an in-game digital currency to purchase digital assets and skill sets in Alice’s marketplace.

Holders of ALICE can also have a say in how the community’s affairs are run and vote on key decisions before they are executed. ALICE can also be staked to earn rewards.

MyNeighbor Alice has so many features that allow players to tour across several islands to interact with other players and in-game characters.

There are plots on the virtual islands which are represented by unique NFTs. Owners of these plots can decide to customise the lands or create them to their own taste.

The asset recently introduced an $80m metaverse grant program that will expand and enrich the gaming ecosystem. This grant is available for developers and other teams to design games and bring upgrades to the MyNeighour Alice platform.

At the time of writing, MyNeighbor Alice is trading at $12.03, up 3.76% in the last 24 hours, making the asset one of the top metaverse crypto to buy now.